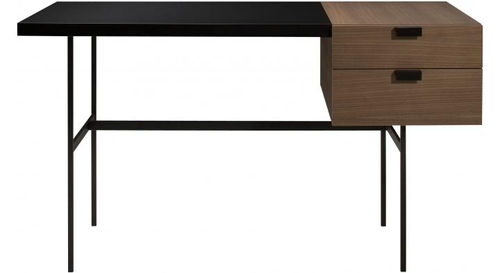 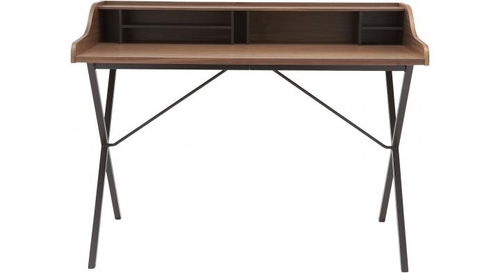 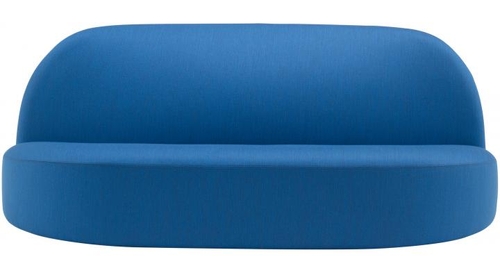 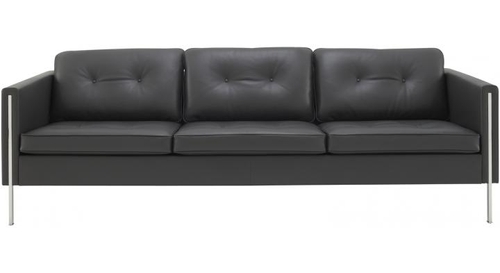 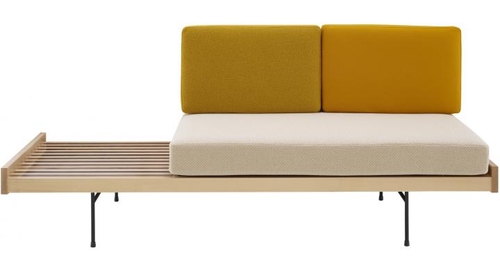 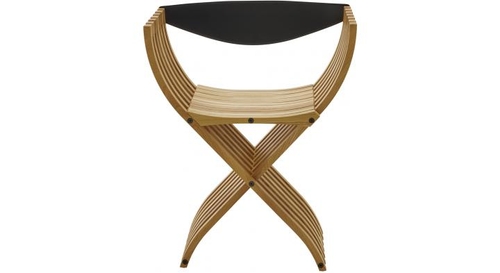 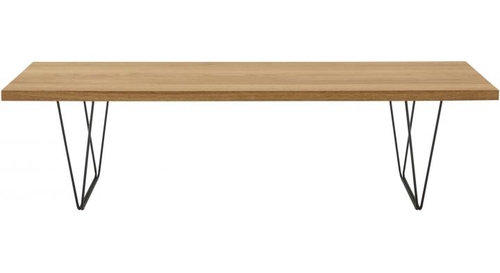 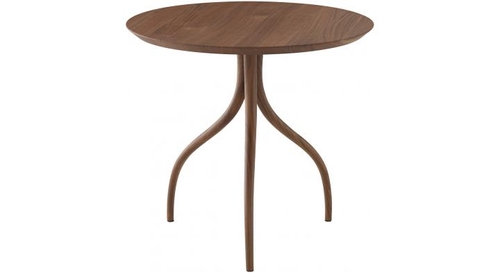 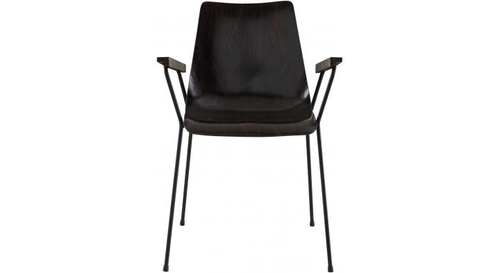 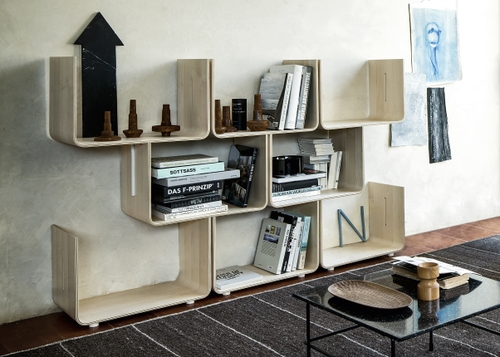 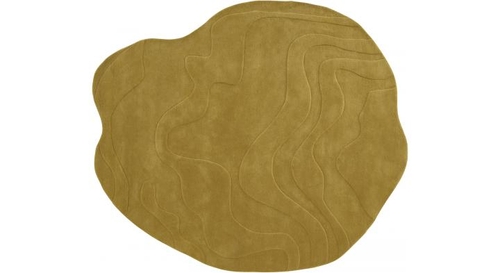 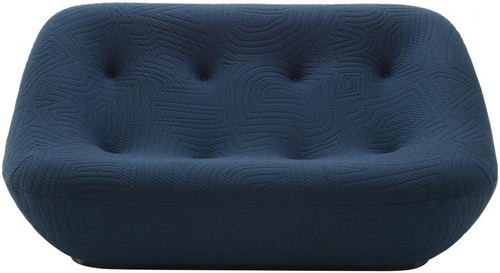 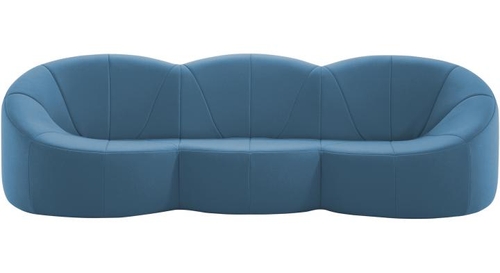 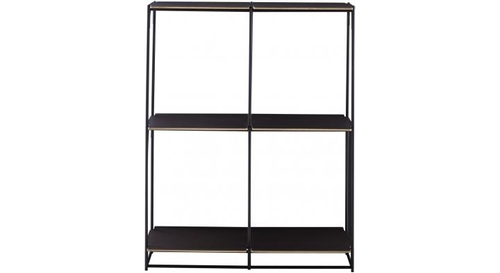 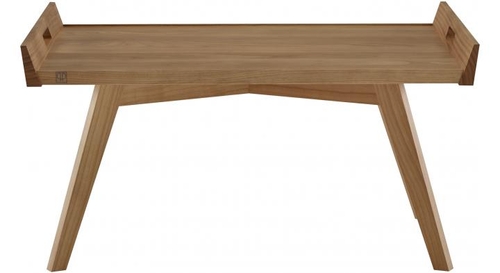 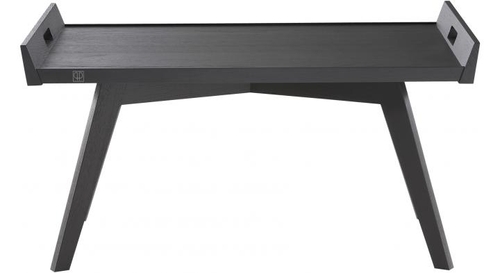 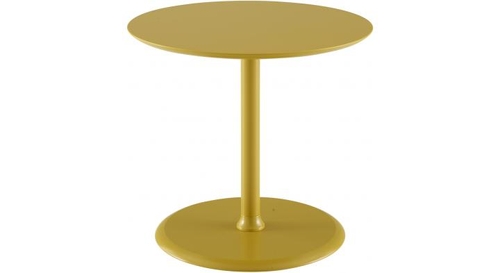 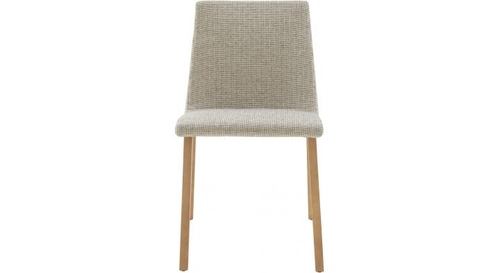 Revolution of the design process has happened. Swimming suit material tightened over metal frames? This idea hasn’t been seen before. Pierre Paulin presented something atypical to the 20th century, something refreshing. In fact, he has deepened the incision between the past and the future. His work gave a hint of the 21st century to a large degree: „My favorite design is the one to come, either by me or by a future generation.”

Pierre Paulin was born in Paris in 1927, as a son of French-Swiss couple. He grew up in Laon, a city in northern France. Similar, established destiny, a job in a factory or military service was intended for the majority of guys from this city. Pierre had one more opportunity, to continue his father’s work and become a dentist. However, he found joy in his uncle’s job. His uncle, Georges Paulin, designed cars for huge brands like Panhard, Peugeot, Bentley and Rolls-Royce. He invented the eclipse folding roof system, which made him one of the leading figures in this field. This job had a significant usable value while demanding a creative process.

On completion of his high school, Pierre Paulin failed to pass the final exam – Baccalauréat. Then, he decided to go to town of Vallauris, in southern France, where he studied to become ceramicist. After that, he returned to central French region, Bourgogne, studying stone carving there. Although his early artistic life was marked with insecurity, the exploration of fundamental crafts created an excellent designer. Knowledge gained through practice kept piling up, although it lacked in something. That was theoretical support.

Pierre Paulin went to the hotspot of all happenings, the city of Paris. He attended artistic school École Camondo there, where famous Philippe Starck also studied. Pierre wasn’t satisfied with the lecturers, he criticized their classical teaching methods. He thought that they didn’t have ideas, at least not the original ones. One of professors, Maxime Old, noticed that Pierre ruled volumes exceptionally. He had a gift to imagine and comprehend objects in three dimensions, so he recommended Pierre to join the Marcel Gascoin’s workshop. Marcel was one of the founders of Union des Artistes Modernes, movement that gathered French artists for thirty years. Pierre took Maxime’s advice. One new epoch started for him there, the epoch of finding his own artistic character.

At Marcelo’s, Pierre was introduced to various design approaches, among which Scandinavian and Japanese gained his special attention. Besides that, in this workshop it was also discussed about the role that design had back then in the society. Soon, he got a job at the department store Galeries Lafayette, where he was in charge of interior design services. Head of the department, Geneviève Pons, showed him current American interior magazines once. The list of designers delighted Pierre: Bertoia, Nelson, Knoll, Eames. He liked simplicity and clarity of their work. Furniture’s form spoke a universal language.

Until 1953, Pierre’s father helped him in production. He wasn’t financially independent still, until Salon des Arts Ménagers made him famous “overnight“. His masterpieces were shown at this salon and shortly after that, they were on La Maison Française cover page. He caught attention of many, among which was the Thonet Company. After a year, he started collaborating with them. Chairs created for Thonet still weren’t what we associate with Pierre. Models like CM196 and CM197 were inspired by American modernism. Timeless classic, steel legs, leather and wood. Reduced colors: black, brown and olive. Although these pieces of chair design weren’t among the most recognizable ones, they have an extraordinary value.

Four years later, Pierre got a job proposal from Kho Liang Ie, the creative director of Dutch Company Artifort. Pierre significantly liberated himself here for the first time and started experimenting by exploring new techniques and materials. He had Company’s support and resources for every project. He would cover chair frame with stretchable fabrics thus creating unusual, organic shapes. „At Artifort, I started using new foam and rubber from Italy and a light metallic frame, combined with “stretch” material. Those new, rounder, more comfortable shapes were such a success that they’re still being copied today. I have always considered design to be a mix of invention and industrial innovation.“

One of the first pieces for Artifort was the Butterfly Chair from 1954. Natural leather followed frame contour of stainless steel. A chair similar to this one was created later – the iconic F444. Both of them were distinctive because of their casual form and lightness.

Pierre’s talent originated from the one professor Maxime Old claimed he had. He created precise, spatial vision of the object he wanted to design. Even he himself spoke about that: „I had an uncanny ability to picture tri-dimensional objects. I could think up a shape and make it spin in my head like a sculptor or an architect would.“ Thanks to this gift, pieces that contemporary generations remember Pierre Paulin for, were created. It is very difficult to choose several chairs that stood out; it’s a long line: Mushroom, Orange Slice, Oyster, Ribbon, Tongue, Tulip, Globe, Le Chat, Moulin. Some of them, like Mushroom, had additional versions as well: Big Mushroom, Mushroom Junior, Mushroom P. He described this collection as: „The best industrially speaking objects I’ve ever drawn.”

A line of above mentioned chairs share many similar features. To start with their appearance, they all look as stone shaped like the softest chairs. Their contours are clear and colors vivid and bright. They are comfortable, impressive and harmonious. These chairs represent the balance of precision and amorphism. They have various stands – one or four legs. When it comes to certain chairs, their legs don’t stand out – they touch the ground by the form itself. No wonder they have been compared to sculptures. „It represented the first full expression of my abilities. I considered the manufacture of chairs to be rather primitive and I was trying to think up new processes.“ While he was turning chairs into layered artwork, Pierre didn’t neglect their stability.

The essence of the opus

The Mushroom Chair belongs to permanent MoMA’s exhibition in New York while the expressive Ribbon Chair got the Chicago Design Award. His work was also exhibited in world famous museums such as Victoria and Albert Museum in London and Musée des Arts Décoratifs in Paris. All this shows Pierre’s extraordinary talent. Besides furniture, he was equally successful in designing interiors. He worked for former French presidents, Georges Pompidou and François Mitterrand. Even Nicolas Sarkozy described him as “the man who made design an art”. He redesigned Denon Wing in Louvre, the premises of Paris City Hall, as well as the segments of luxurious French Palaces.

Pierre’s furniture demonstrates quality at first glance. In the world of design, he is marked as a genius who beautified everyday life with cultivated forms and cheerful colors. Thanks to his innovative approaches, he “painted” old spaces with a new spirit. Although he was popular among the powerful, he didn’t have a wish to gain their affection. He thought about the young: „I had tried to appeal to the lifestyle of young people. They were into low-level living.“ Young generations respected Pierre, many of them even considered him to be the carrier of future times. Furniture which represents Pierre Paulin was avant-garde for them. He encouraged free and optimistic way of life.

Where do we find the essence of Pierre’s inspiration? Short retrospective of his work: uncle, ceramics, sculpting, volume, Scandinavian and Japanese design, American modernism. We find all these characteristics in his work, except for one which is not so obvious. “It’s extremely dangerous to give too much importance and status to people who are only doing their job. Working for the enjoyment of the greatest number is very gratifying, much more so than any official honour.“ During his whole career, he created for all of us. He didn’t find pleasure in prestige, reputation or acknowledgements. He died in 2009, leaving a commitment behind: “ I did my best to respond to the needs of the client in a style that was my own.“